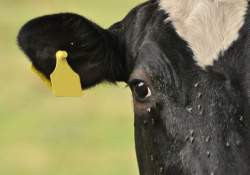 In recent years there has been a move away from the use of pesticides in the control of pests in greenhouses. It is a trend that is increasingly being seen in other areas such as fruit and vegetable cultivation. The trend began as a result of rising problems with insect resistance to chemical pesticides. It gained momentum as the public became increasingly aware that the detrimental effects of insecticides were not necessarily confined to insects. Today methods such as biological control, where natural enemies of a pest are used to provide control, are becoming increasingly popular. Another technique is to monitor pest numbers so closely that any potential pest problem can be ‘nipped in the bud’, and dealt with before use of pesticide becomes the only viable option.

In integrated pest management, a variety of alternative pest control methods are employed in unison to provide control. Sticky boards are used not only to monitor fly activity but also to identify the species involved. By doing this, attacks are detected at an early stage and preventive measures can be taken before the infestation gets out of hand. Sticky boards are also used to eliminate pests by capturing both incoming insects and those already established. Depending on which species is being targeted, either yellow or blue sticky boards are use. The sticky boards should be monitored and refreshed in regular intervals.

Included in our assortment are both yellow and blue sticky boards. These come in different sizes and with glue on either one or both sides.

Birds can also be a pesky problem.